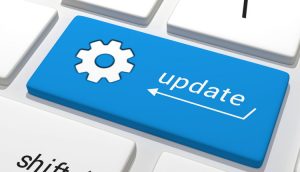 Released another beta version of the program. The entire fifth version of the program is devoted mainly to working with the interface. All in FLProg interface is a sore subject. This is due to the peculiarities of the programming language. If Smalltalk has no equal with the capabilities of logic, refactoring, and in General with the brains and convenience of working in the environment, then building an application UI is its weak point. It’s really all wound up there. So I decided to close this issue once and for all. Had to to edit all frames (several hundred). I had to go very deep into the guts of the language. It was hard, but very interesting.
In the new version in the program settings on the tab “Interface” you can install fonts for the entire program. Both for the circuit and for the entire interface. I hope this way I close forever the problem with “crossable and squares” in the program interface. However, as always with Linux there were some problems, so for this OS is only available to change the fonts for the scheme. Generally Linux is very strange and inappropriate OS (but this is of course my personal opinion), and everything in it, how strange. Although maybe I just don’t know how to cook it. But I’m learning))).
As a small bonus, you can choose there on the tab “interface” program settings of one of the four skins UI provided by the developers of the language. Cool stuff.
In the main menu of the program in the item “View” it is possible to remember the current default scale, or reset it to 1:1.
As always, I tried to fix the maximum number of errors found by the testers.
The discussion of this version will be in a new topic on the forum, old topic I close. All the open questions from the old topic will transfer to a new topic.